The Guitar: History, Facts, and Benefits

The guitar is a string instrument whose history dates as far back as 4000 years. Researchers associate it with the lute and oud, which are ancient string instruments. The materials used to make a guitar are plastic or wood, and in some cases, metal. Usually, this instrument has six strings. However, it can have as many as eighteen strings or as few as four.

Interesting Facts about the Guitar

• The name guitar originates from the ancient Greek word ‘kithara.’ The kithara was a popular string instrument in ancient Greece.
• In the past, people used animal intestines to make guitar strings. Nowadays, the material used to make these strings in classical guitars is nylon.
• George Beauchamp designed the first electrically amplified guitar in 1931. It went into commercial production in 1932. Today, the electric guitar is one of the most popular musical instruments worldwide. For instance, did you know the sale of electric guitars in the US in 2015 surpassed the one-million units mark?

Benefits of Playing the Guitar

• Learning to play different chords on it is a good mental exercise. It can even help you improve your memory.
• Playing it encourages patience, perseverance, and hard work. In other words, you develop a sense of discipline as you learn how to play it.
• This instrument helps you express your emotions and feelings through various songs you can play on it.
• Playing it is an ideal way of relieving stress because it has a positive effect on your body, mind, & soul.

Some of the Greatest Guitar Players in History

He is one the most famous guitar players in the world. In fact, Hendrix achieved a nearly cult-like status because of their prowess at playing this instrument. For instance, he was the highest paid musical performer worldwide when he was at the height of his career.

Clapton is the recipient of numerous awards in recognition of his guitar-playing skills including 18 Grammy awards in addition to a Brit Award. Rolling Stone ranked him as the second-best guitar player of all time.

Read on: “Inspiration from the Life of Jimi Hendrix”>> 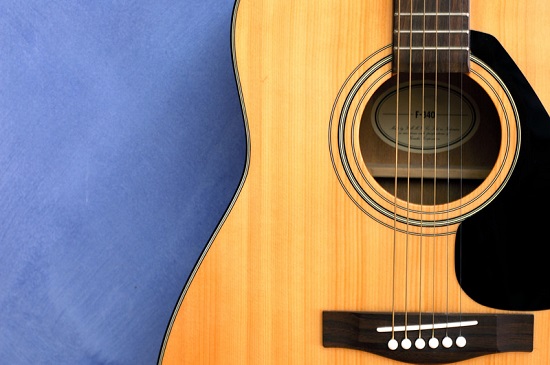